Part of withNature2020 and collaboration between Our Biennale, Kirklees Culture Declares, Kirklees Museums and The Children’s Art School, a 20m x 20m image of a cuckoo was created by young artists using donated clothing and cloth. 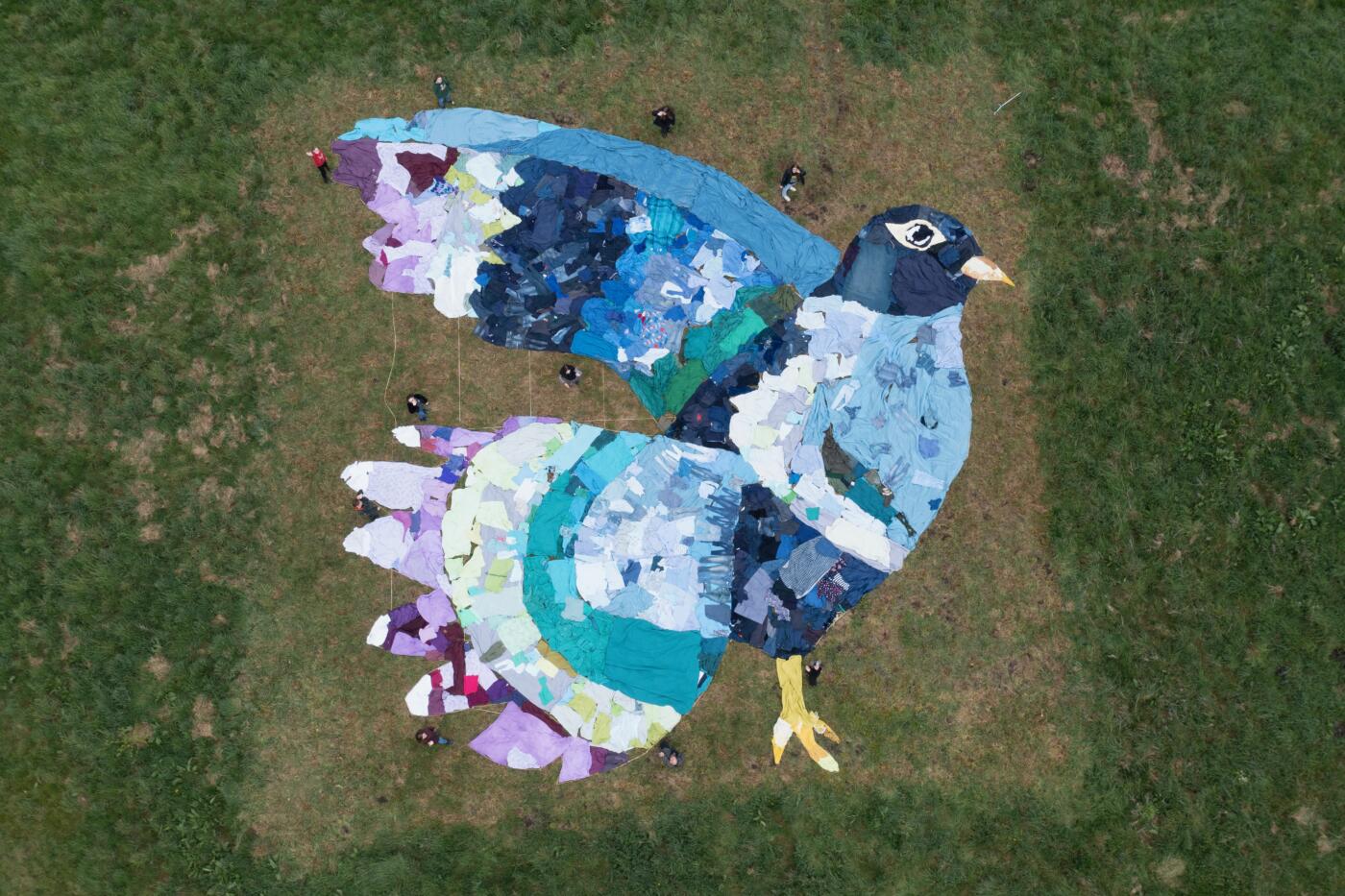 About the Kirklees Cuckoo

It started with young artists from The Children’s Art School (aged 5-16 years) drawing birds that are at risk of extinction in Kirklees: cuckoo, twite, ring ouzel, curlew, and yellowhammer.

On Saturday 22nd May 2021 people from all over the world created images of endangered animals and plants using clothing donated by local communities. The giant images were photographed from the sky bringing together a myriad of pictures, from Taiwan to Brazil and from the USA to New Zealand.

Writer Rob Cowen chose the cuckoo to be used at the next stage of the project inspired by these drawings by Tia Harley (14) and Frances Short (13).

All the countries involved chose an animal or plant at risk of extinction in their local area. Here in Kirklees, our image of the endangered cuckoo will be created at Stirley Community Farm by The Children’s Art School’s 11+ year olds. The young artists, Tia and Frances, have collaborated to create the final image to be recreated on the day:

The cuckoo was produced as a 20m x 20m installation at the farm as part of the global withNature2020 project by British artist Emma K Thomas, who came up with this idea in response to the extinction crisis. It has been developed by a host of volunteers all over the world and is an official action under the UN Convention on Biological Diversity (COP15).

Local communities and schools got involved by donating the items of clothing in the colours needed to complete the Kirklees Cuckoo on the ground by choosing one, or many squares, from a picture of the artwork.

About the CDE Kirklees hub